It’s too late to stop now. Six centuries ago – a mere eyebrow twitch in the grand scheme of history – information existed in hand-copied books owned only by the wealthy and the clergy. Today, a buffet of information is a couple clicks away for a six-year-old with his mother’s laptop.

It’s all happened so fast, in that figurative twitch. A century ago, people still had to go to libraries or bookstore to find out stuff. Today’s students have advantages even their parents didn’t have 20 years ago. Unlike mom and pop, these kids can copy-and-paste from a Web site and commit plagiarism without cracking a book. And they don’t need to go to Barnes and Noble to actually buy a book. They’re set up for one-click shopping on Amazon.

Nobody wants to turn back this Tsunami of advancing information. With its focus on improving the world and making life better, engineering has made this truly incredible information technology possible.

But that doesn’t mean there’s anything wrong with raising a hand, asking a few questions, and suggesting maybe we should pause and consider what’s going on.

The hand belongs to Pramod Khargoniker, outgoing dean of the University of Florida College of Engineering. As he contemplates his life post-deanship, he’ll be returning to the classroom. He sees himself standing in front of 18- and 19-year-olds, helping them deal with the information overload this generation faces. It’s a problem their parents and grandparents didn’t have.

“It’s clear that all of the technological developments of the last half century, information technology has truly revolutionized the way we live,” Khargoniker says. “And I don’t used the word ‘revolutionized’ casually.”

The information explosion changed the world on a scale equal to the transformation wrought by automobiles and air travel, he says, because all of them profoundly affected the way people live.

In 2006, Khargoniker taught a freshman class called Information Technology and Society, and that class might serve as the dress rehearsal for what he does in his post-dean years. Talking to young people about this technology he watch develop – which was as integral to the students’ childhood as SpongeBob SquarePants – was eye-opening.

“I wanted to tell students that technology doesn’t run by itself,” Khargoneker says. Technology creates change and change creates new societal issues. I wanted us to look at the interplay between technological developments and societal developments. I wanted students to see technology and not view it as magical, as a thing that just happens.”

But what is new and magical for the professor is old stuff for the students. Information overload is a way of life for them. Today’s college freshmen were born at the end of the nineties and they can’t imagine a world without the Internet.

To this generation, technology is life. It has, among other things, redefined the basic human concept of friendship. With the online social-networking site Facebook, students can friend (note verb) people they don’t really know, and they become Facebook Friends, something very different, with different responsibilities and obligations, from real friendship. A Facebook Friend, for example, doesn’t have to help you move out of your apartment. A real friend does not get off the hook so easy.

Facebook, of course is so 2006. The new social-network kid on the block is Twitter, which demands brevity (140 characters per post) and reduces life to a series of trivialized updates called Tweets.

In line at the grocery and I forgot the pantyhose!
I am so over this lecture.
Running late – no coffee for me.

If you have second thoughts about the inanity of your post and want to erase it, the program asks, “Delete this Tweet?” – a sentence that would have meant something outside a birdcage mere months ago.

Khargonekar does not have a Twitter account, though he muses about the possibility. Still, he sees it as a tool with great potential, both for transmitting information and also for the trivialization of human life.

The plethora of technological devices developed to save time also ends up consuming much of it and, as Ernest Hemingway said, “Time is the thing we have the least of.”

Novelist and social critic Tom Wolfe is among those who arch eyebrows over the time- and labor-saving devices granted us by technology. Such things as iPhones and Twitter “waste more time than anything else in American life,” he says.

“The computer and the Internet are the contemporary versions of knitting and badminton in the back yard, except that they have nothing to show for it afterward, the way knitting does, and lead to atrocious sedentary posture and sloth, unlike badminton.”

Wolfe’s social criticism has marked his journalism and his fiction, most notably in his satirical novel, The Bonfire of the Vanities. As the man responsible for tagging those who achieved adulthood in the seventies “the Me Generation,” Wolfe’s antennae are alert to any new examples of silliness and narcissism. Tweeting one’s most mundane activities is high goofiness indeed.

Khargoneker agrees with Wolfe. What’s most important, he says, is how we use technology. It’s easy to fall in love with each new device and development. “There is euphoria with any new technology,” he says. “Of course, there are excesses that happen, but in time these things will take their place in the scheme of things.”

But critics such as Wolfe worry that “these things” that are supposed to make life better could make things worse. He uses Thomas Jefferson as an example. He had at least eight careers in addition to his job creating American democracy. “Today,” Wolfe laments, “two-thirds of his life would be consumed with answering inane emails.” If Jefferson had a Twitter account, we might all still be foreigners.

By all accounts, Jefferson answered every letter he ever received and, Wolfe points out, he used the “outmoded technology” of pen and ink. Wolfe’s favorite writers – and here he ticks off Dickens, Balzac, Zola – also wrote in longhand. Wolfe himself logs onto a computer only at gunpoint and still writes in a flourishing script that looks remarkablt like John Hancock’s signature.

Again Khargoneker finds himself agreeing with Wolfe, especially in noting that technology gives us the freedom to trivialize our precious time on earth.

“I hope thoughtful people will consider Wolfe’s criticism and find ways of using technology in a responsible manner, instead of being less wise and less productive,” he says.

Khargoneker recognizes that anyone who suggests a pause in the overwhelming advance of information technology risks being cast aside as a Luddite, even for the most warm-milk criticism. (In 19th Century England, a group of artisans known in history as the Luddites protested the industrial revolution by destroying machines. Today, anyone who whispers any qualms about technology is immediately spat upon as a Luddite.)

Wolfe has built his half-century writing career on a foundation of infuriating the status quo and so he doesn’t mind the occasional Luddite or mossback tossed his way. “The Luddites showed their ignorance by destroying the new machines,” Wolfe says. “Modern man, in his wisdom, has only to increase his production and speed up his life by ignoring them.”

As an engineer, not a social critic in a vanilla ice-cream suit, it’s not Khargoneker’s nature to ignore technology, but he does nod at the concerns voiced by Wolfe and others.

“What Wolfe is saying is deeper than that,” Khargoneker says. “Is technology really making us wiser people and truly productive people?” The whole notion of information overload and connectivity are significant issues. Technologies are neither good nor evil. It depends on how we use them. Consider nuclear technology. We bombed Japan, but France is getting 80 percent of its energy from nuclear power. Automobiles come to a cost to the environment, but they made people free. It all depends on how we use it.”

In a world in which a few keystrokes and a search engine can help us find exactly what we are looking for, we may miss finding the things we didn’t know we were looking for. The serendipity of turning a newspaper page and falling into a fascinating abyss of information might be lost in the new world order. As the newspaper goes the way of the dodo and the Edsel, readers construct facsimilies by plugging a list of interests into a search engine. They then get news alerts offering stories of their requested information: celebrity sightings or the victories of their favorite sports teams. Few people put “starvation,” “injustice” and “bigotry” into their search engines, and so this technology that can bring us closer together can also end up distancing us from one another. It will be possible for someone to consider themselves well informed – after all, they “read a lot” – and go through life withut ever encountering anything to upset or outrage them. One of the functions of journalism is to “comfort the afflicted and afflict the comfortable.” If the comfortable choose to cocoon themselves, will there ever be change or outrage or cries for social justice?

And this is one of the things that most worries Khargoneker about the next generation, which is suckling at the bosom or new and overwhelming information technology. Will the next generation become a society that bows before technology, allowing it to lead? Or will it take the lead?

Technology can be used to help construct productive and useful lives. Beyond that, there might be ways to unlock technology’s potential to make us more human, to help us become more compassionate and social. Technology can help us embrace the flesh and blood rather than celebrate and perpetuate the synthetic humanity online.

“I do see an optimistic side of the coin,” Khargoneker says. “When you enter a search term and get a thousand results, you will see things that you never expected. There is still the possibility of serendipity there.” The link structure of the Internet also allows readers – scientists and engineers, in particular – to find citations instantly instead of trolling library stacks, looking for orphaned, dusty volumes.

But the pessimistic side of the coin has to do with trust. “The concern I have is that young people have lost the ability to tell good information from bad,” Khargoneker says. “I ask librarians, ‘How are we going to teach students what’s reliable and what’s not?’ The great thing about books is that what you are reading is most likely true. But in the age of the Internet, everybody’s a publisher.”

Indeed. The Internet has democratized the media to a large extent, allowing all sorts of geniuses-with-ideas to have a forum. Not since the days of the colonial press has there been such an even playing field. To stand up to media monopolies a decade ago was a futile mission on par with tilting at windmills. Today, a Web address and an idea are all you need to become a publisher. 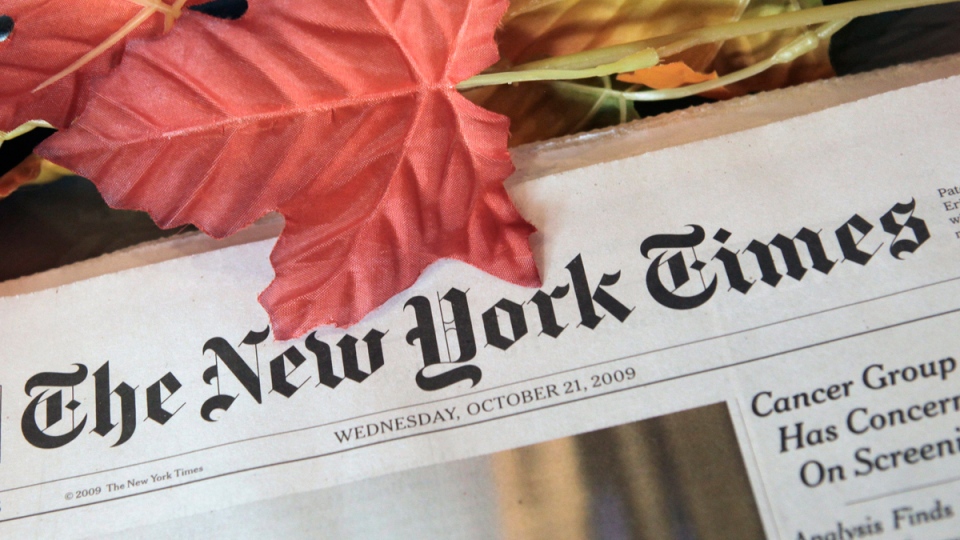 But of course there is a downside. Even a moron can til 40 acres of cyberspace and fill readers’ heads with lies and ignorance. Yet to many students, a blog carries the weight of a major news organization’s Web site. “When The New York Times publishes something, I know that great thought has gone into that article before I saw it,” he says. “A blogger can do and say whatever he wants and some students may believe him.”

Of course, there’s no right answer because there are so many questions. We haven’t even thought of all the questions yet.

And that’s what invigorates Khargoneker as he prepares for re-entry into his teaching orbit. “I want students to be deeply aware of this connection between technology and society,” he says.

When he walks into the classroom that first day, the sky will be full of questions.